In the diagnostic workup, what really matters ?

In terms of cancer aggressivity and spread, the most important parameter is the result of the biopsies as it leads the prognosis.

The aggressivity of the cancer is based on the ISUP (International Society of Urological Pathology) classification which goes from 1 to 5. It has simplified the previous Gleason grading scoring with an easy concordance between the 2 systems (table 5)

The invasion length in each core is also a very important parameter to assess accurately the importance of the disease. Usually it is mentioned in the pathological report either in percentage or simply in millimetre. When the cancer is graded ISUP 1 or sometimes even ISUP 2, in some learned societies guidelines the threshold of 3 mm matters as above this invasion length the risk of progression is more asserted.

In the recent years it has become a central point to any prostate cancer management at such level that the most important learned societies have made the mpMRI examination mandatory before any prostatic biopsy procedure.

The mpMRI is able to detect lesion as small as 5 mm or sometimes even less. The more agressive is the cancer the easier is the detection on mpMRI with a degree of suspicion express by the PI-RADS classification (table 4). Even if the most accurate assessment would be to get the volume of each lesion most of the time the evaluation of each lesion is expressed by the length of the bigger axis of the lesion.

The description of the capsule is fundamental because it separates the prostate cancer between organ-confined and extra-capsular disease. Regarding the tumour staging in one case the cancer is  strictly localized to the prostate with all the therapeutic consequences of such situation and in the other case the locally advanced aspect of the disease de facto excludes some therapeutic options.

The classification of prostate cancer in different groups has been largely improved by the scientific studies of Pr A. d’Amico. Based on the digital rectal examination, the PSA blood test and the Gleason score grading (now ISUP) it allows to separate the prostate cancer patients in 3 different groups of low, intermediate and high risk of recurrence after a radical treatment (picture 36) [10]. For the time being, even if insufficiently accurate the d’Amico classification is the best tool available to assess the prognostic of a patient. An updated d’Amico classification has been proposed (see « Prognosis and follow-up »)

Actually it represents around less than 20% of the cases and low risk (LR) is in the context undoubtely the best situation one can expect. A LR situation is mostly clinically irrelevant with a limited risk of progression. In 2013, the Popiolek study has shown that the risk of death after 23 years of follow-up is around 1 out of 10 patients which at a certain age is a very limited risk. In that situation, a follow-up is still needed but with a very weak risk of cancer spread and by keeping in mind that time is your best ally and any fast management is at least a mistake. When a prostate cancer is classified as LR the unit of time is neither the week or the month but rather the year.

The intermediate risk (IR) is the grey zone of the spectrum with a potential of progression. With the ISUP classification it has been divided in 2 different groups where the « favourable » IR includes only the ISUP 2 with short a limited number of cores invaded and a short distance of cancer in each core. This field needs further studies however with less than 50% cores invaded with less than 20% grade 4 on each positive core the patient may be considered as favourable IR.

Very close to the LR favourable IR presents a limited risk of death but possibly a metastatic issue. In this respect, the evaluation of life expectancy and its impact on any therapeutic decision process should play a central role. To avoid a metastatic evolution a physical treatment may be needed either radical or focal.

When not favourable the IR presents an important risk of progression and there is no doubt that the cancer will grow. Your theoretical life expectancy is a still a major issue to decide whether a tight surveillance is sufficient or an eradication of the cancer is needed. In the latter case a physical treatment either radical or focal of the cancer aims to eradicate completely the disease or sometimes to sufficiently slow down the natural path of prostate cancer to avoid any complications or symptoms when not treated.

Even in IR situations sometimes poor parameters leave only the options of a radical treatment alone or within a multidisciplinary strategy. 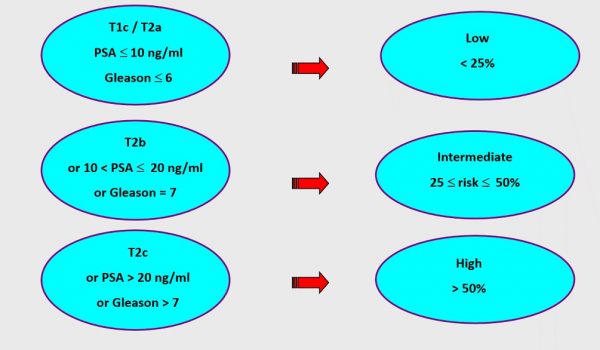 Picture 36 : The d’Amico classification with the risk of recurrence

High Risk (HR) represents the difficult cases. Without a very serious and sometimes aggressive therapeutic protocol, this dangerous group is a threatening-life situation at mid- or even short-term. A multidisciplinary management of your disease involving Urologists, Radiotherapists and sometimes Oncologists to slow down or defeat the cancer is absolutely needed. Even more than for the LR and IR patients an exhaustive staging workup is mandatory before any serious therapeutic proposition which will be taken during a weekly organized Multidisciplinary Team (MDT) meeting. Included in the staging workup any patient in this situation should have in addition to a previous mpMRI before the biopsies :

Prostate cancer is the most frequent cancer in male during a lifetime.
Learn More

For decades the diagnostic of prostate cancer has relied on a triad based on a clinical examination by digital rectal examination (DRE)...
Learn More

Few data are needed to understand better the important place of prostate cancer in the large spectrum of cancers.
Learn More