What is the prostate?

The prostate > Role of male hormones

Male hormones are named androgens. Testosterone (picture 9) and Di-Hydrotestosterone (DHT) are the best known amongst androgens. The latter is the most potent androgen produced by the male organism and acts as every androgen by binding itself to the androgen receptor [AR] (picture 10). Men also produce in less quantity estrogens which are by excellence the female hormones. The ratio estrogens/androgens changes with age and this alteration has been questioned as one of the mechanisms triggering the emergence of prostate cancer. For a long time the AR has been incriminated for playing a role in the progression of prostate cancer either by mutations modifying its function or by a process called amplification where the number of AR will dramatically increase. 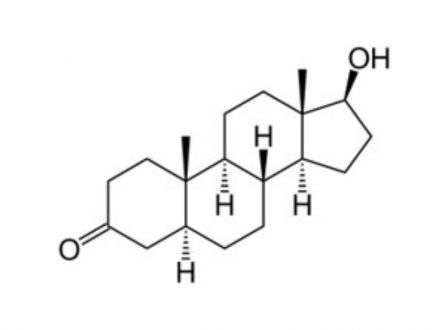 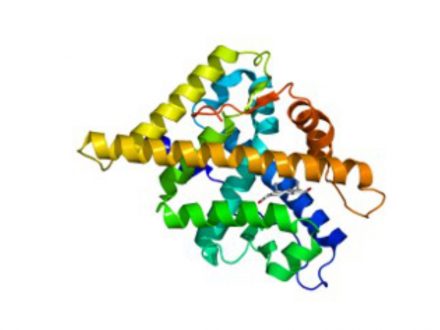 Very early androgens play a major role in the development of our sexual organs. During puberty, virilizing actions are the expression of the secondary sexual characteristics that can be distinguished from androgens action. It includes facial and chest hair, increased body hair, pelvic build (lack of rounded hips), upper body muscular build, and the ability to generate muscle mass at a faster rate than the female (anabolic action) such as the gain in muscle strength and general changes in body composition. Also it has an impact on the voice tone and acts on the neuro-cerebral level favorizing the motivation (psychostimulation effect), mobilization of energy (fatigue resistance), aggressivity and of course the libido. As such it is very easy to understand the impact of an androgen deprivation therapy also called hormonotherapy which is one of the possible treatments of prostate cancer. Eventually, androgens play a major role in the initiation and maintenance of spermatogenesis. During our lifetime, the secretion of testosterone evolves. It increases to reach a pic between 30 and 45 years before decreasing gradually to get back to the preadolescence level after 75.

The prostatic gland is an androgen-dependent organ which needs male hormones to grow, maintain its functions and even develop prostatic diseases such as benign prostate enlargement or cancer. As previously mentioned the prostatic glands contain androgen receptors. Inside the prostate cells the testosterone is transformed by an enzyme in dihydrotestoterone (DHT) which is the most potent androgen produced by the male organism. The ability of DHT to bind to the AR is seven time higher than testosterone itself increasing as many its impact on different prostate functions and also diseases. As a matter of fact during a prostate benign enlargement to reduce the volume of the prostate one of the common strategy is to block the enzyme which converts testoterone in DHT. In a more serious situation to slow down or even stop short the progression of prostate cancer surgical or chemical castration is one of the therapeutic options as prostatic cancerous cells when hormonosensitive are not able to survive without the presence of androgens.

Anatomy of the prostate

Located in the pelvis, the prostate stands below the bladder, behind the pubic bone, in front of the rectum and above the muscular pelvic floor.
Learn More

Indeed the prostate is a gland constituted by glands, connective tissue and muscular fibers. The prostate tends to increase in size with age.
Click Here