From blindness to vision

Due to the gathering of decades of knowledge in the prostate cancer field and also to the surge of technological developments such as multiparametric MRI (mpMRI) and MRI/US fusion systems, focal therapy is to prostate cancer in this starting of the 21st century what the radical treatments represented a century ago. Because of the ever faster path of technology developments particularly in the field of medicine the state of art is moving very quickly. The accuracy of the diagnosis of prostate cancer has dramatically changed in only one decade. Consequently the management based on an invisible disease has to be completely reviewed due to the sake of the mpMRI which has made the invisible visible and the blind sighted. All the relevance of the radical treatments either surgical ablation or irradiation therapies stood on our inability to diagnose the disease at an early stage and even more to localize the lesion(s) inside the prostate. Nowadays in localized prostate cancer, the technology allows more and more to see accurately where is/are the dangerous lesion(s) and to destroy them with a high level of certainty and safety. The phototherapy of localized prostate cancer by Tookad® has produced the highest level of scientific evidence in the medical field and the photosensitizer used during the procedure (Tookad®) has succeed to get the high-level demanding EMA (European Medicine Agency) authorization.

The proof of concept 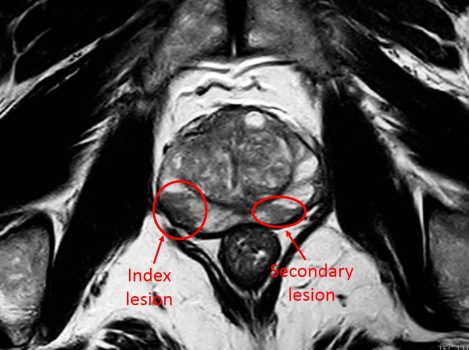 The surge of mpMRI in the field of prostate cancer diagnosis and treatments has changed the paradigm. Making the invisible visible allows the doctors to instore principles of a conservative treatments with less side effects than radical treatments. The philosophy behind focal therapy is to preserve as much as possible any « noble » structure in charge with a particular function such as erection, ejaculation, continence and micturition. To reach that goal the most innovative technologies are used. The ability to visualize the lesions are transferred to the ultrasound scan (USS) equipment by a fusion software mpMRI toward USS allowing to perform targeted biopsies with an accuracy never reached before (picture 32). The analysis of these high-resolution biopsy cores gives a very accurate level of information regarding the nature of the cancer. 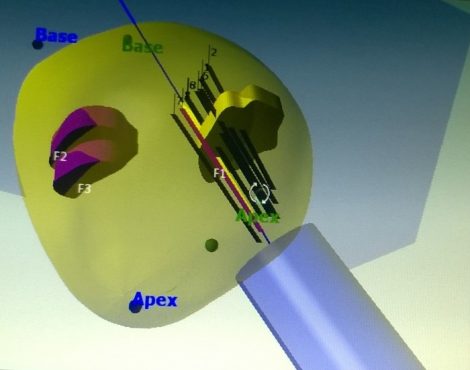