In 1911, a decade after the surge of the EBRT and radical prostatectomy, Dr O. Pasteau and P. Degrais, in Paris, initiated the use of internal radiation by positioning a source of radium inside an uretral catheter (picture 46). However it was Dr B. Barringer, in 1917, who was the first to place radium needles through the perineum (transperineal) into the prostatic gland opening the way to the modern interstitial brachytherapy (picture 47). 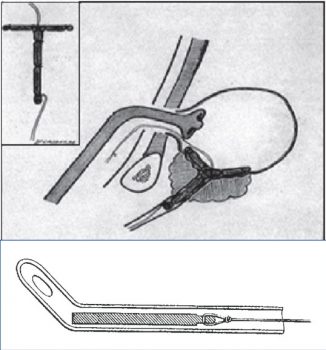 Picture 46 : In 1911 the Pasteau-Degrais technique in Paris 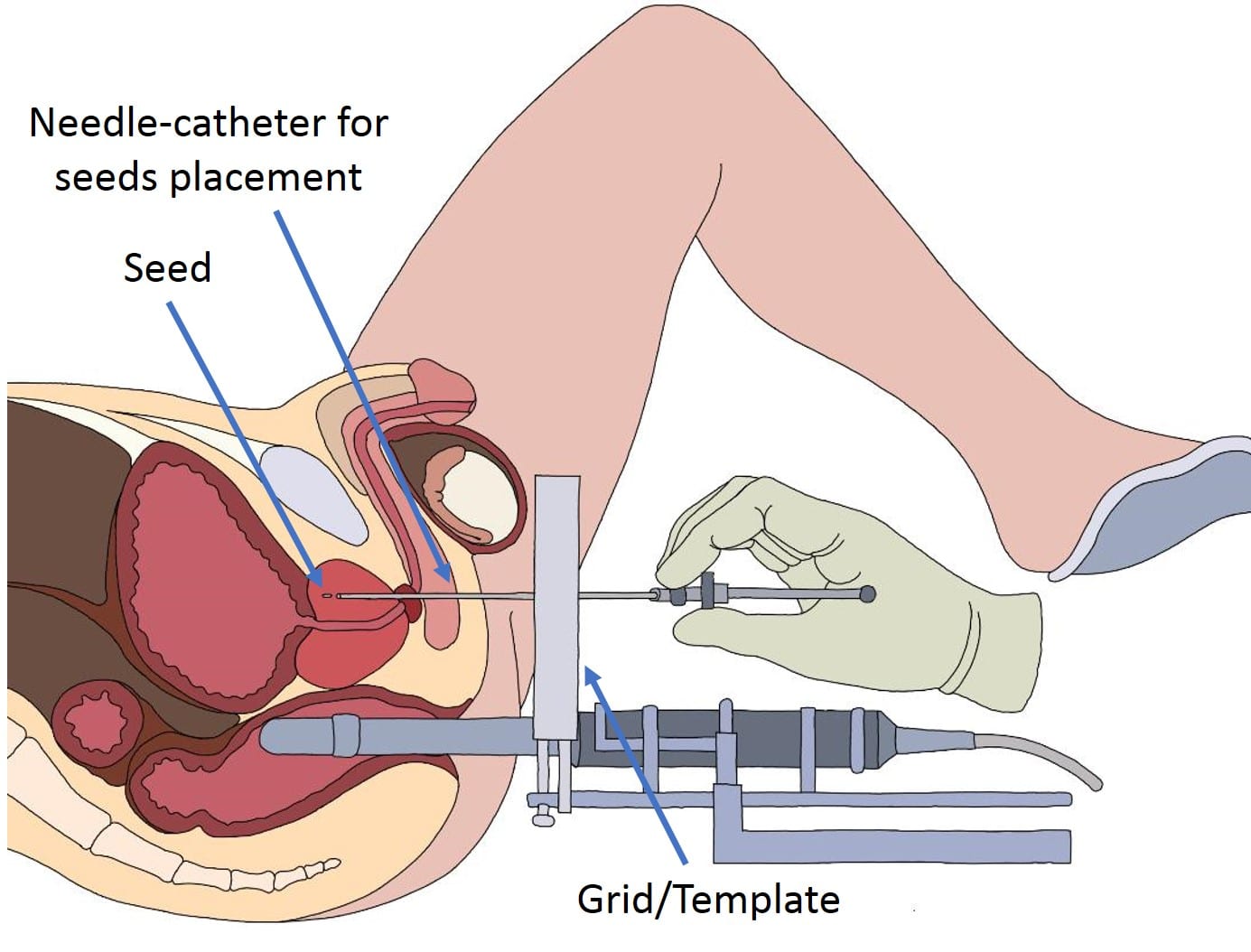 Picture 48 : Needle placement for permanent seeds during a LDR brachytherapy procedure (by B. Batard) 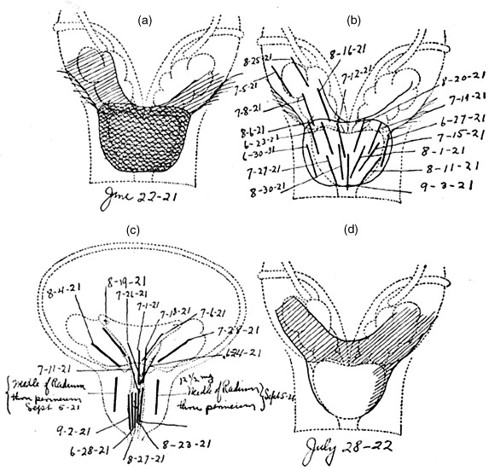 Picture 47 : Drawing of the Barringer interstitial technique in the MSKCC (1924)

Nowadays there is 2 different brachytherapy modalities with either permanent sources (Iodine-125, Palladium-103 or Cesium-131) called low dose-rate (LDR) or temporary sources (Irridium-192) of high dose-rate (HDR) in one or two sessions. Both modalities can use in combination with external beam radiation therapy and even in a multimodal strategy with hormonotherapy. The procedure of brachytherapy is performed under general anesthesia. The patient is in lithotomy position to allow to the therapist to proceed through the perineum with the use of a transrectal ultrasound probe (picture 48). Depending on the permanent (LDR) or temporary (HDR) modality of the procedure seeds or sources in a shape of needles are inserted transperineally either to stay or for the latter to be removed at the end of the session. In expert centers the duration of a procedure is around one hour. A more complete description of the LDR procedure is proposed here (video 5).

Brachytherapy is mostly indicated in low-risk and selected intermediate-risk prostate cancer patients (ISUP 1 and 2) when PSA below 15ng/ml. It could be also used in High Risk patients in some centers in a multimodal therapeutic strategies combined to external beam radiotherapy and hormonotherapy (table 12). In case of a prostate above 50 CC volume or difficulty to pass urine it is unwise and even not advised to treat a prostate cancer by brachytherapy. Also a previous resection of the prostate or any chronic inflammatory bowel disease is a contra-indication to brachytherapy.

Table 12 : Recommendations of the EAU regarding the indication of brachytherapy in the different risk groups (source : EAU guidelines 2020)

In terms of efficacy, for the Low Risk indications the results are similar to surgery reaching 85-90 % success where in Intermediate Risk (ISUP 2) it is more around 75-80 % (table 13). Amongst the radical treatments brachytherapy has undoubtedly the best tolerance. Urinary toxicity reaches its peak at 2-3 months to disappear at 6 months. One-third of the patients will present difficulties to pass urine amongst them 5% keep chronic symptoms. Around 7% presents incontinence. One patient out of 4 has a temporary low intensity inflammation of the rectum due to the irradiation. Most of all two-third of the patients treated by brachytherapy keep their erectile function while only 50% for EBRT and as low as 20% for radical prostatectomy.

The high dose-rate increases the efficacy of brachytherapy by roughly 10% at the price of a heavier urinary (acute urinary retention up to 30%, urethral stricture ≃ 10%, haematuria ≃ 10%) and erectile toxicity. In the context of HDR brachytherapy combined with EBRT and even more hormonoradiotherapy (HRT) one expects increased side effects and particularly on the sexual function (erection and ejaculation) (table 14). 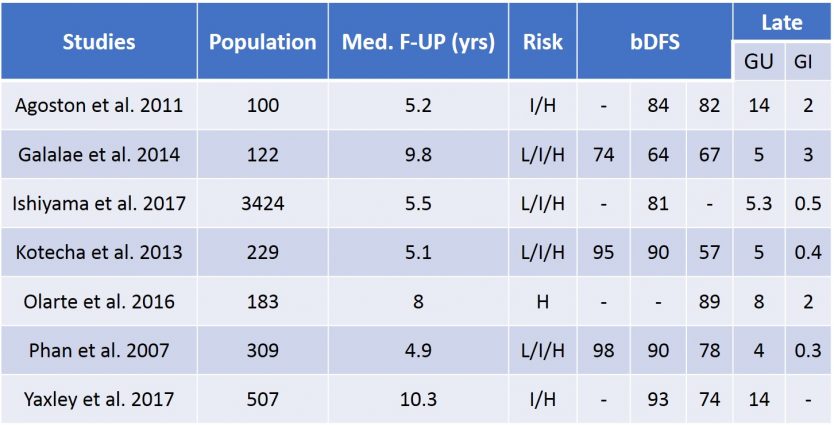 Similarities between Brachytherapy and some focal therapies

The brachytherapy and the phototherapy of the prostate or cryotherapy and IRE present a lot of similarities. However brachytherapy still bears a radical strategy to eradicate completely any living prostatic tissue where focal therapies aim to destroy the malignant lesions while keeping safe the healthy part of the prostate. The procedure is performed during a unique session as an ambulatory case or with a discharge at day 1. Technically the patient is in the same lithotomy position which allows a transperineal approach. In both techniques the use of needles is required. In good hands, the procedure lasts one hour.